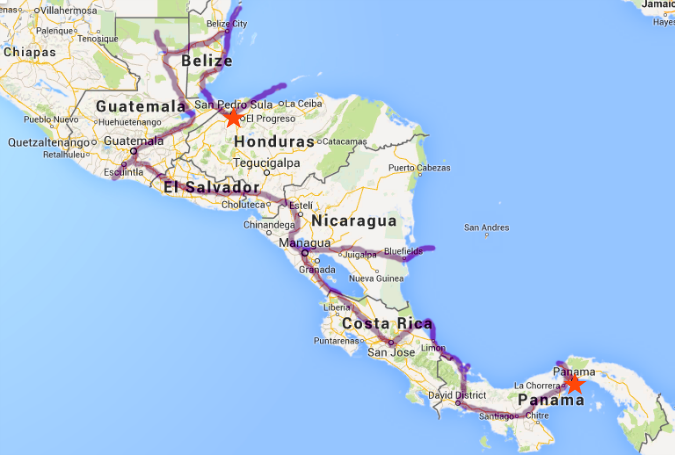 In case you missed Part I, catch up here!

As an independent traveller, the most daunting part of planning a trip for me always starts at the very beginning: narrowing down which countries I want to visit (spoiler alert: my wanderlist includes pretty much everywhere) and then figuring out which route I’m going to take.

I’ve been asked a lot why I chose to backpack through Central America specifically when I could’ve travelled to anywhere else. My husband was open to going everywhere but Africa (he’s deployed to several countries there and doesn’t want to revisit right now). A safari is high on my list but maybe that’s something I’ll do on my own – Africa was off the list. I’ve been to Asia before and Europe can get really pricey. What about going down south? We were planning to drive from Canada to the States anyway to see family so it’d be a perfect base point.

When we considered budget, timing, and proximity, travelling for a few months through Central America came out on top. Last week I talked about the first half of our backpacking route that started in Honduras then continued to Belize and Guatemala. Today I’m sharing part two which includes El Salvador, Nicaragua, Costa Rica, and Panama. I’m looking back on the route I planned vs. the route I actually took and sharing some advice I learned along the way.


I left off writing about my final day in Antigua, Guatemala before heading to El Salvador. Originally I’d hoped to make my way right across the country but the timing was too tight. I chose to skip Parque Nacional Los Volcanes and San Salvador in order to relax for a bit at a turtle sanctuary in El Cuco that I'd heard a lot of great things about. The beach there was amazingly empty during the week and great for beginner surfers (but not so great for paddleboarding). 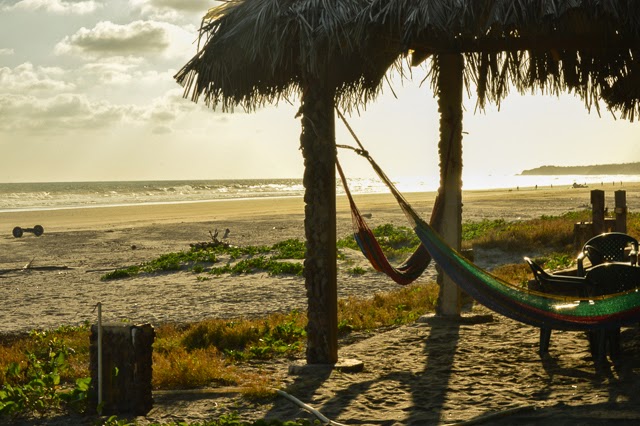 Instead of taking public transportation to cross borders for the 12+ hour trip, through a ton of TripAdvisor research I found a shuttle service going from Antigua to El Cuco. Conveniently they'd partnered with the sanctuary where I was planning to stay and my $50 bus ticket also included one free night's accommodation. Score!

When I was ready to leave El Cuco, I couldn't find a boat going onward to Potosi, Nicaragua, so I decided to take a simpler route with the shuttle company and go right into Leon, Nicaragua.


Don't be like me and arrive in a new city at night without having accommodations booked in advance! I arrived in Leon at 10 pm with a bus full of other backpackers who hadn't secured reservations yet. On one hand, at least I had a few new friends who were in the same position as me. On the other hand, there weren't enough beds for everyone.

We pulled up on a street that had four hostels in view and I raced into one to grab their last private room with a private bathroom. The next couple of days were spent making new friends, volcano boarding, exploring the strangest museum I've ever seen, and catching gorgeous views of the largest cathedral in Central America. 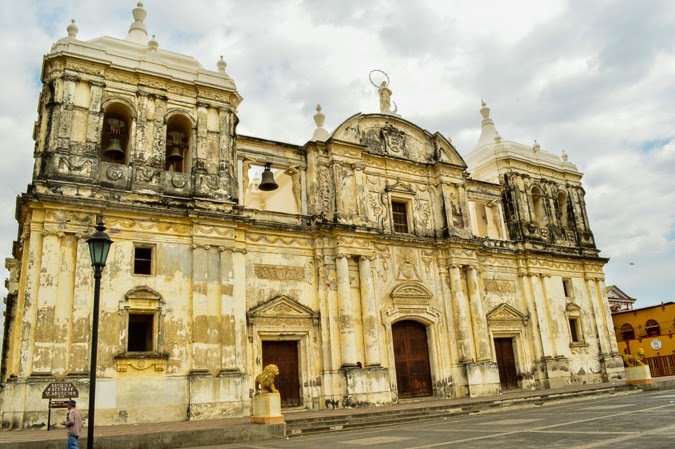 From Leon I caught a ride to the airport in Managua and flew to Big Corn Island. Ferries were entirely unreliable when I was backpacking through so I splurged on a round-trip air ticket to get across Nicaragua to the Caribbean coast. Little Corn Island, where I ended up celebrating my birthday, is even farther from the mainland and thus harder to get to.

On LCI, walking and wheelbarrows are the most common forms of transportation (yes, seriously – there aren’t any roads, far less cars). The boat ride out was absolutely terrifying and I legitimately thought we were going to capsize several times but by the grace of God I managed to make it alive.

For the record, LCI was totally worth the trek. The water was crystal clear, diving was incredible, the beaches were quiet, and even the cockroaches didn't scare me away!

After my stay on the islands I returned to Managua then took a 10 hour Tica bus ride to the capital of Costa Rica. This is the most developed country in Central America, it's beyond beautiful, and prices reflect that. Costs aren't exorbitant but they're absolutely comparable to what you'd pay for food and transportation in a Western country.

With only a week in Costa Rica, I bee-lined right to Tortuguero to chase some monkeys (and other incredible wildlife) then managed to make my way down the Caribbean coast to what turned out to be my favourite town in all of Central America, Puerto Viejo. 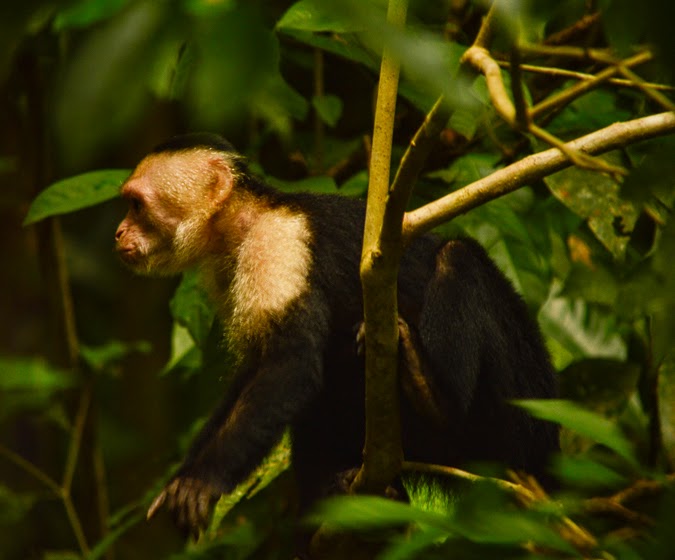 A last minute decision to move slower and cover less area meant I didn't go to the cloud forests in Monteverde or explore volcanoes and hot springs in La Fortuna. Costa Rica deserves a trip unto itself though and I would happily go back!


My first stop in Panama was in Bocas del Toro on the island of Bastimentos. That didn't work out so well for me. Word got out on the small island that I was the girl whose bag and camera had been stolen and a lot of locals came up to me with comforting and encouraging words that I should stick around because if I moved on my things would never be returned. (They also partially blamed me for getting my things stolen in the first place but we'll gloss right over that.)

Waiting around didn't help at all. I spent four days on Bastimentos hoping the police would actually do something considering a local eyewitness had seen the thief running from the beach and identified him by name. Sadly I never recovered the photos from the second half of my trip. Volcano boarding, zip lining, hiking... those activities are just memories now.

Very fortunately my DSLR camera was still safe so I was able to capture gorgeous photos as I moved on from Bocas to David then made my way to Casco Viejo in Panama City. I made some hilarious new friends at my hip hostel and it was a great way to close out the rest of my trip.

After Panama I flew to the States where I spent my summer and early fall. Tomorrow it feels like everything comes full circle as I'll be going back to Canada just in time for Thanksgiving. What's coming up next? Who knows, but you can bet I'll be blogging about it.

Have you been to any of these countries before? Share your highlights (and lowlights) with me in the comments!

Linking up with Helene and Bonnie Rose.