Three years ago today I woke up to a stunning view of Niagara Falls in the most expensive hotel room I’d ever paid for. I had butterflies in my stomach and a sense of anticipation like I’d never felt before coursing through me. I wanted to wake up slowly and ease into the day but M jumped out of bed beside me. “There’s no time to waste,” he said, giving me a quick kiss. “It’s our wedding day.” 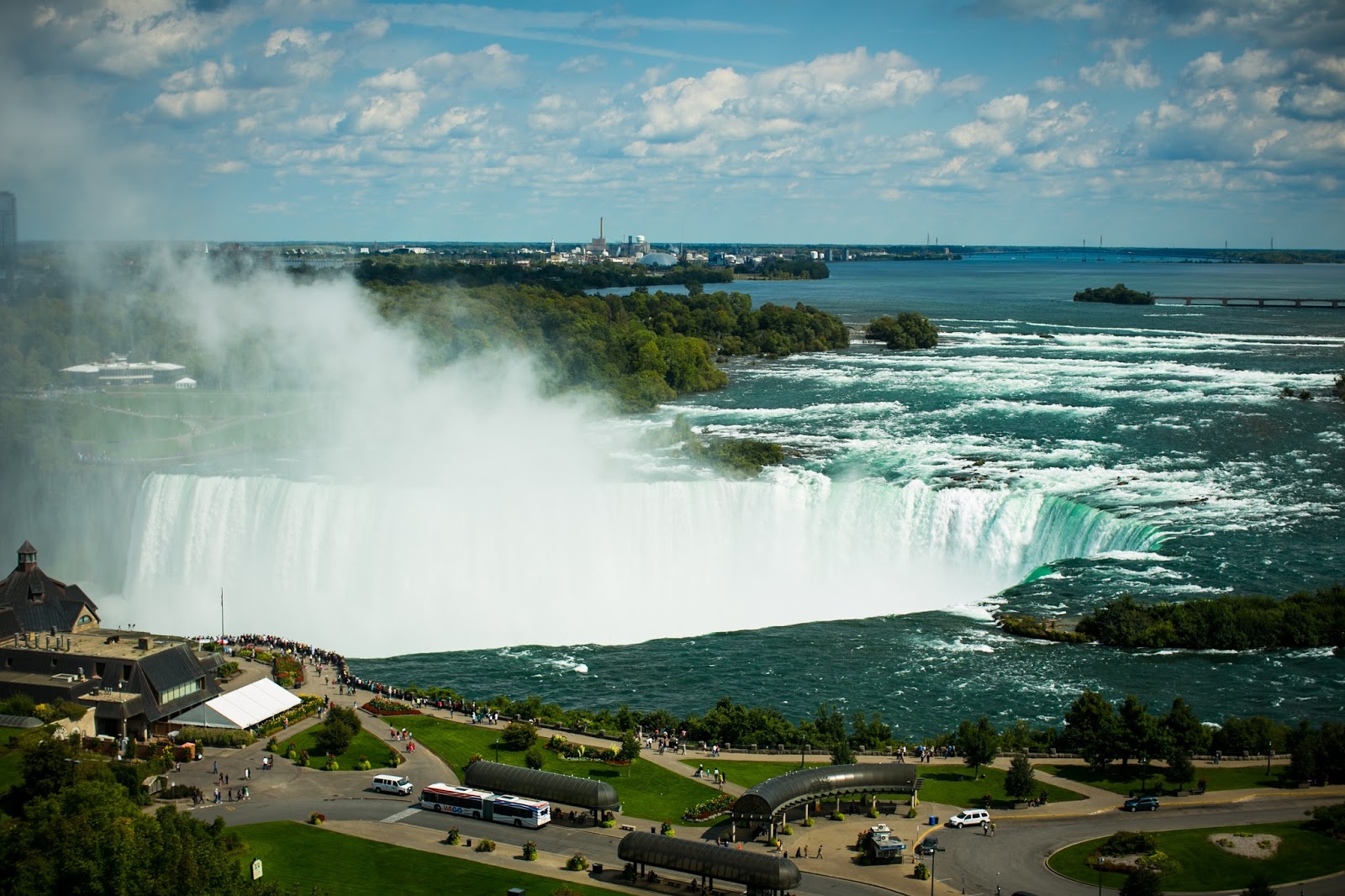 Three years ago I felt the most pampered I’ve ever felt. Mimosas were poured, hair was curled, and though the room was buzzing with energy, everyone was calm and laid back.

Three years ago I looked at our wedding timeline and realized that we were only running five minutes late, which is pretty much a miracle if you know my side of the family. As my bridesmaids and I walked made our way out of the hotel, I felt like a celebrity. Little girls were oohing and ahhing and strangers were complimenting us as we walked to the limo. It’s amazing how kind people are to you when you’re wearing a wedding dress.

Three years ago all the emotions that were building up inside of me came pouring out the moment I saw M waiting for me at the top of the aisle. I looked around and saw the beaming faces of our family and friends and paused for an extra moment before I began to walk up the aisle. I needed to take it all in. The love was overwhelming. 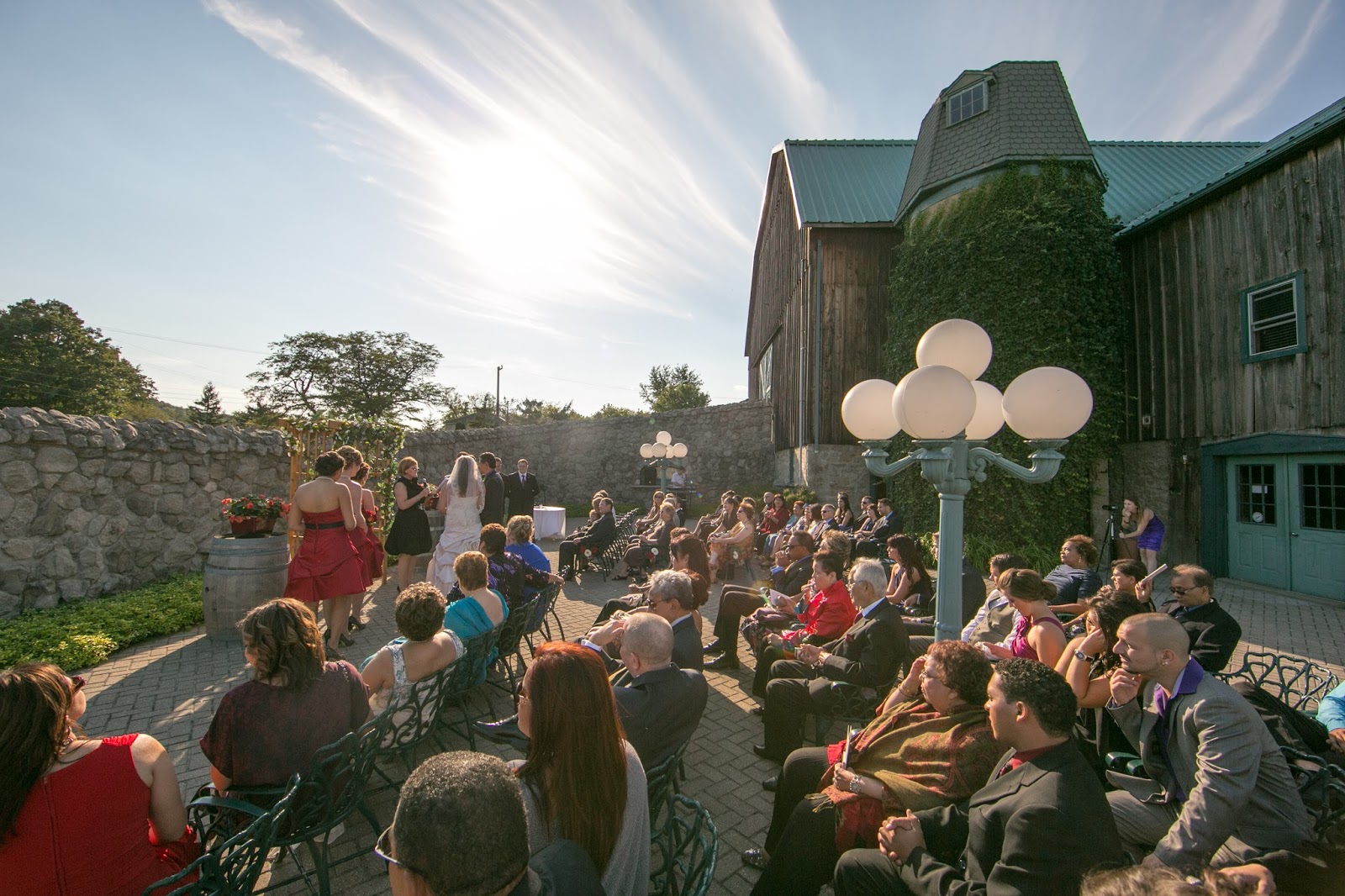 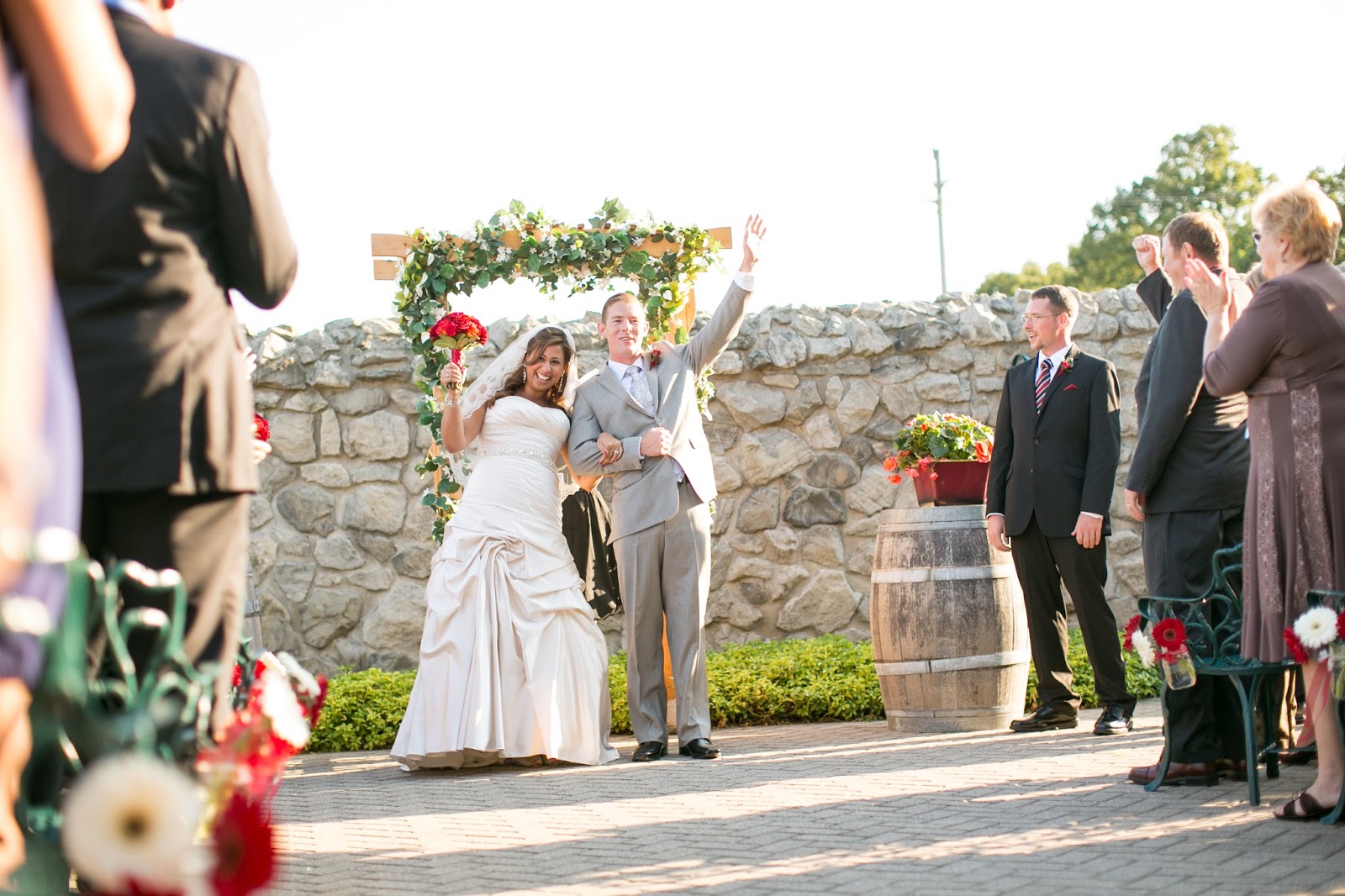 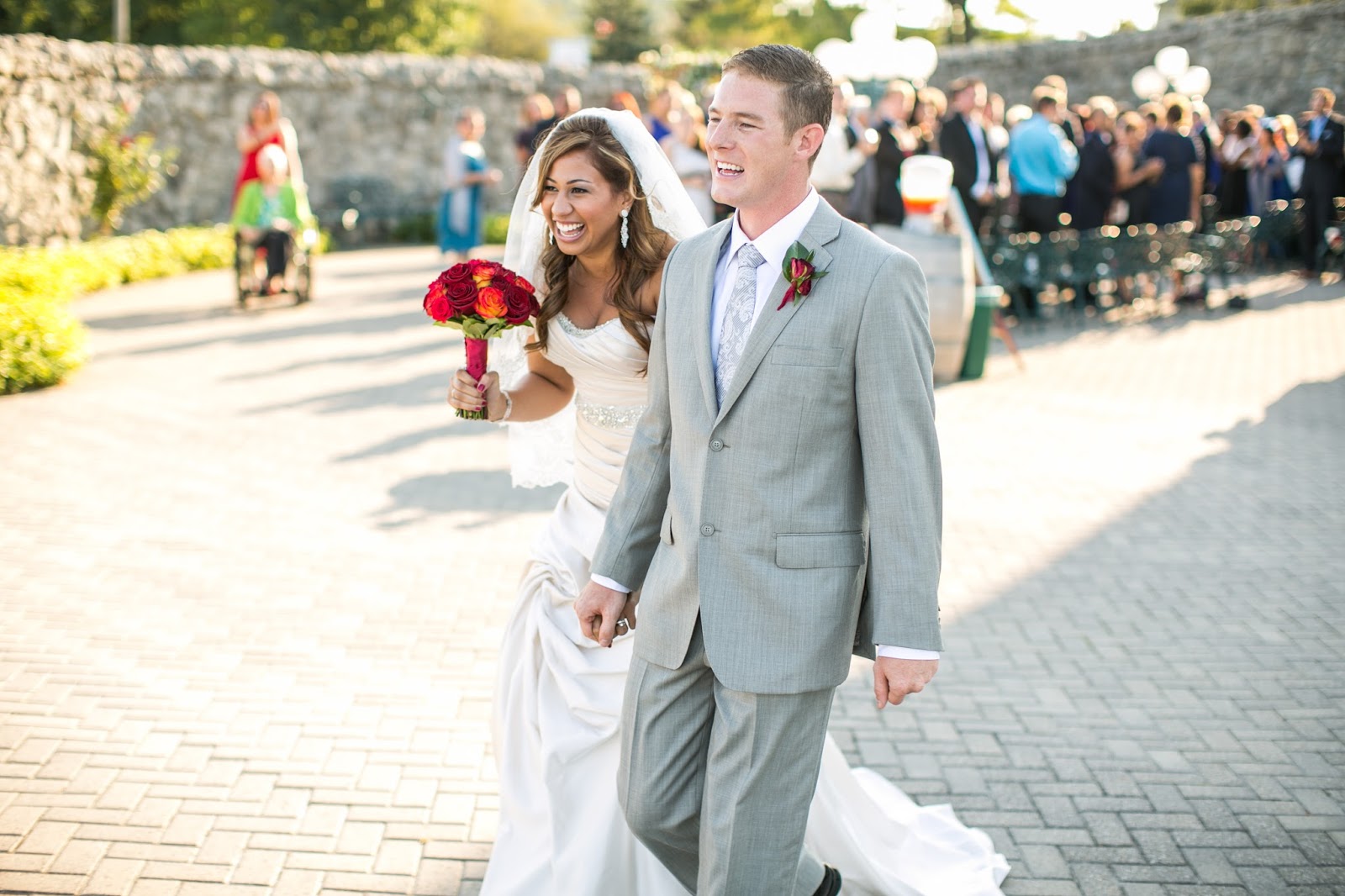 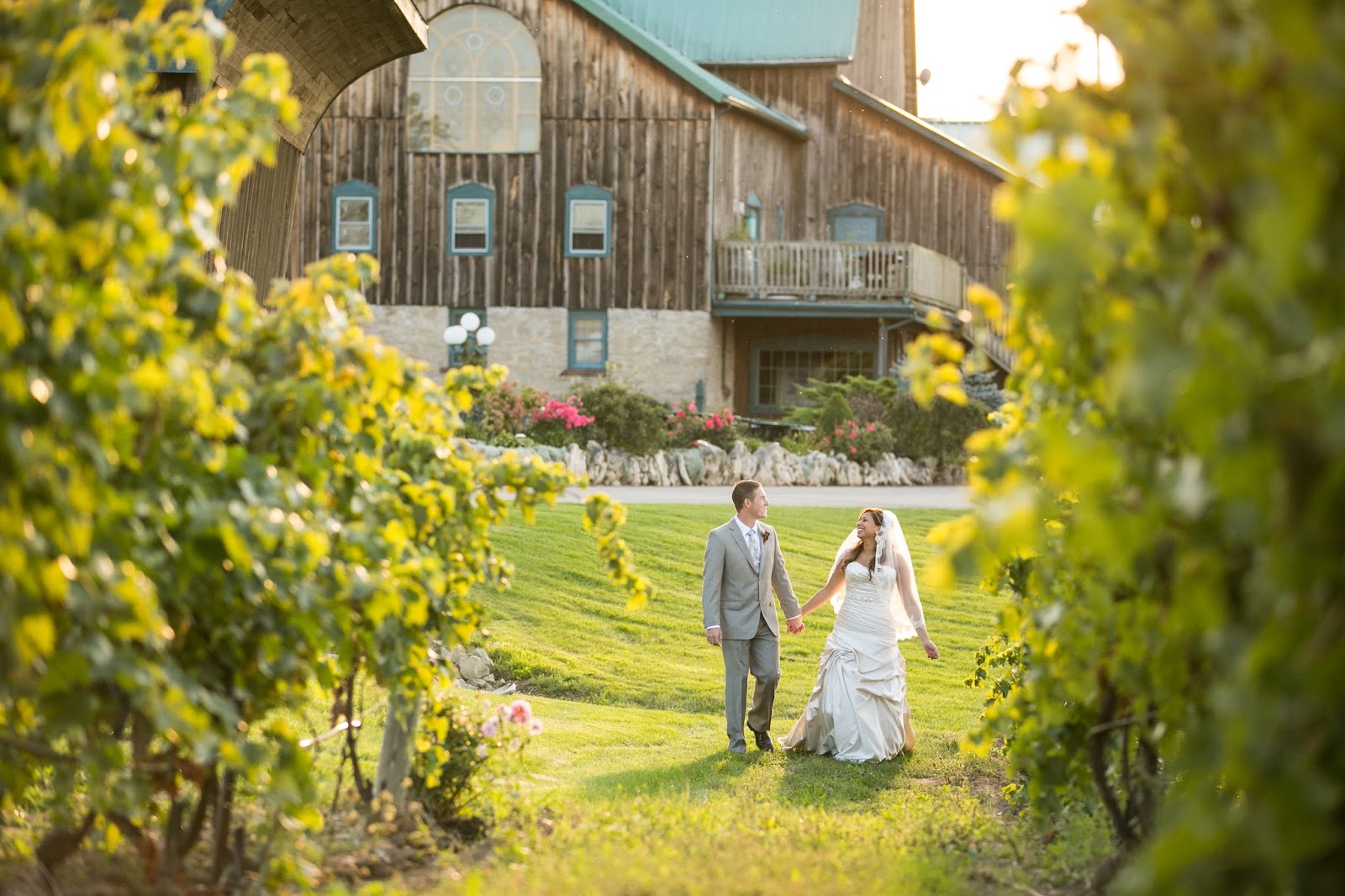 "Whatever our souls are made of, his and mine are the same." Emily Bronte


Happy third wedding anniversary to the love of my life. Here's to many more, my sweetheart ♡ xo.

An Update on Our Rescue Dog: 3 Months After Adoption Three months ago, my husband and I were able to make one of our dreams come true — we adopted a dog, Lexi, and she’s already brought so much joy into our lives. I never realized how much of a presence a pet can have in your home until we brought this little one into ours.

Between her cute expressions and silly quirks, Lexi honestly makes us laugh every single day. I love having her in our family. She’s increased not only our happiness, but our activity level as well, which is always a good thing :) Lexi came from an abusive and neglectful home (here’s more on her rescue story) but has made remarkable strides in her rehabilitation.
Some people are turned off from adopting a rescue dog as it can often seem like a whole lot of work, and I understand that. My husband and I had reservations ourselves, so I wanted to write this post to share what our experience has been like for anyone who may be curious about bringing a dog into their home. Here are the most common questions that we’ve been asked about what it’s like to bring home a rescue dog and how she’s adjusting to life three months after adoption. What did the adoption process require?

We adopted Lexi from our local Animal Control, and because of the conditions in which she was rescued, she was considered “at risk.” This meant that Animal Control required adoption candidates to have an in-home inspection to make sure Lexi would be going to a safe place. The director came to our house, showed us some pictures and videos from when they found Lexi, and looked at where we planned to keep her. We chatted for a bit, completed some simple paperwork, and found out later that afternoon that we’d been approved.

How much did it cost?

It cost $87 to adopt our dog, which included her spaying and rabies vaccination. From Animal Control she was transported directly to the vet, where she received her operation, painkillers, microchipping, and another round of shots for $150. Total cost of adoption: $237.

Was it difficult to go to Canada and get back into the States with your dog?

Fortunately the answer is no, it turned out not to be difficult, but I was pretty nervous. We were driving to Ontario, and to bring your dog into the province you have to prove that it’s not a pitbull and has its official rabies vaccination. I didn’t look up that information early enough, and by the time I called the vet for a copy of Lexi’s official certificate, the office was closed for two days (during the time we’d be travelling to Canada). I found a receipt from when we’d paid for her vaccination and hoped it would be sufficient proof, but as it turned out, the customs officer didn’t even ask a single question about the dog. On the way driving back to the US we passed through Michigan, and the only question we were asked about Lexi was regarding her dog food (no lamb, purchased in the States). Crossing the border, for once in my life, turned out to be super easy! 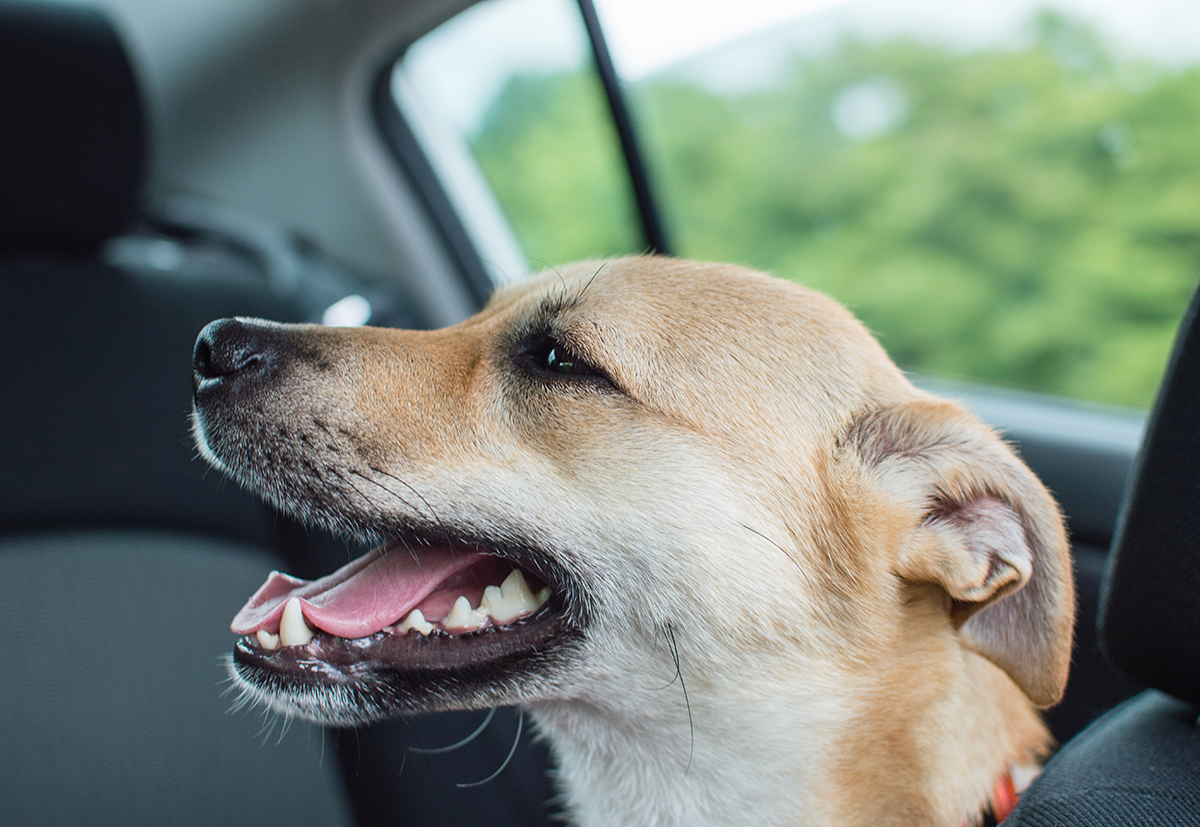 What was the hardest part about your dog adjusting to your home?

Lexi was incredibly scared at the beginning — new smells, sudden movement, walking from cement to grass, coming indoors — these all caused her to freeze on the spot, no exaggeration, for 10 minutes at a time. The hardest part of Lexi’s adjustment was learning that she could trust us. The first week was trying (she bolted twice!) but after that she began to improve by leaps and bounds. Once she learned that we wouldn’t hurt her, she started to play, cuddle, and share her true personality with us.

Have there been any challenges with Lexi’s behaviour? If so, how did you handle them?

When we first adopted Lexi, she was dog-aggressive and male-aggressive. She liked to dash out the door but, as mentioned above, hated to walk on grass. We progressively introduced her to other dogs, as long as their owner was right there and the dog was calm. When introducing Lexi to family and friends, we encouraged them to crouch down and allow Lexi to approach them first. I think that taking her with us to Canada and exposing her to so many different experiences helped build up her trust with us and cemented the fact that she’s part of our family unit.
Lexi becoming more comfortable with us has been a double-edged sword, however. She’s overcome her prior issues, but she’s developed others. Lexi is territorial now and tries to bark excessively when someone’s near the door. Her biggest issue is that she doesn’t like children. They’re too sporadic for her, and I can see that she gets nervous and stressed out trying to keep track of their movements. She's particularly bad with little boys and can go from zero to charging in a second. She’s gone after our nephews before, and though she hasn’t broken skin, it’s scary nonetheless. Fixing her child aggression is the biggest behavioural challenge for us moving forward. Can Lexi do any tricks? Does she have any funny quirks?

Predictably, Lexi didn’t know any commands when we adopted her. In three months we’ve taught her to sit, stay, lie down, shake paws, and we’re in the middle of “roll over” — literally in the middle — she rolls on her back but never quite makes it over. The cool part of training her is that I’ve taught her sign language and verbal commands, which probably isn’t really that cool but I’m proud of it anyway! The funniest quirk of Lexi’s is how often she gives me the stank leg — this girl is a sucker for a good tummy rubbing and is always trying to lure me in for a quick cuddle session.

Any other tips you can share about adopting a dog?

I’d recommend reading about characteristics of the breed of the dog you’re looking to adopt. Lexi is probably a yellow lab, beagle, and rat terrier mix. Labs shed quite a bit, and we discounted how strong that trait would be because Lexi barely shed when we were playing with her at Animal Control. We didn’t factor in that she was dirty and oily which is why her shedding seemed so minimal. Weeks later when we realized how much she actually shed, it was too late, and now we’ve learned to keep multiple lint rollers around the house :P

Do you let the dog sleep in bed with you?

As a first time dog owner, I’ve been pretty adamant about not wanting a dog in the bed. The cramped sleeping arrangements, territoriality, and overall dirtiness had me saying hell no. It’s only been a few months and I’ve already become such a sucker about this! Lexi’s still not allowed to sleep in bed with us, but we do invite her up for a quick snuggle quite regularly. 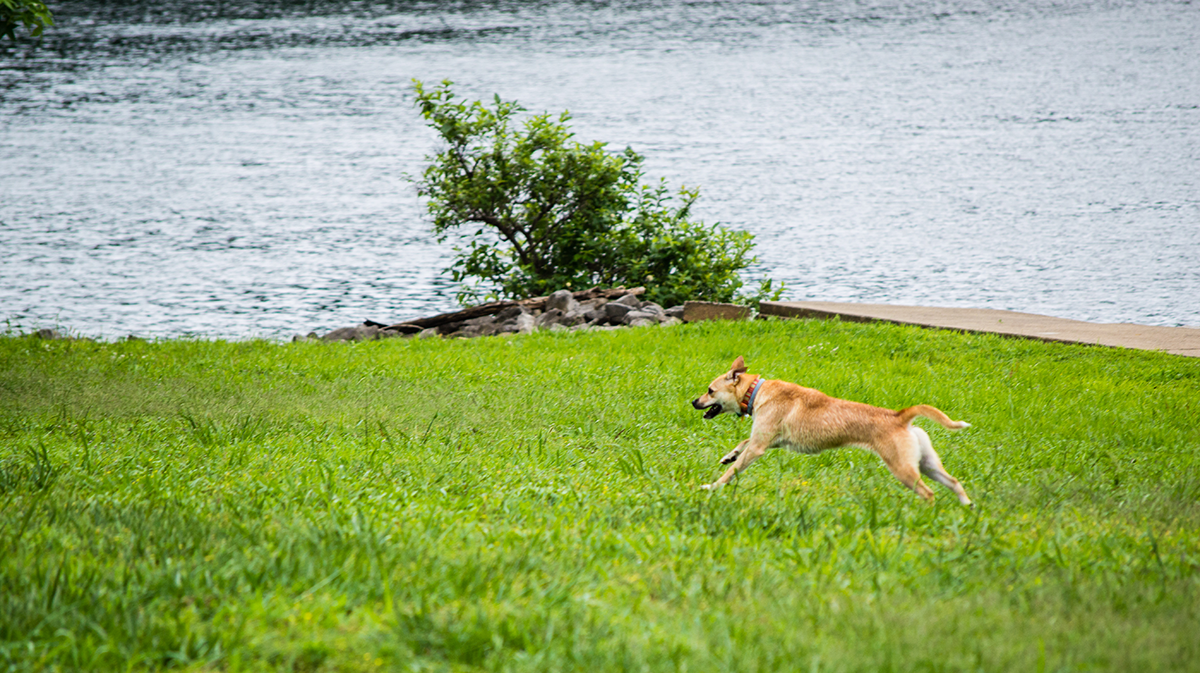 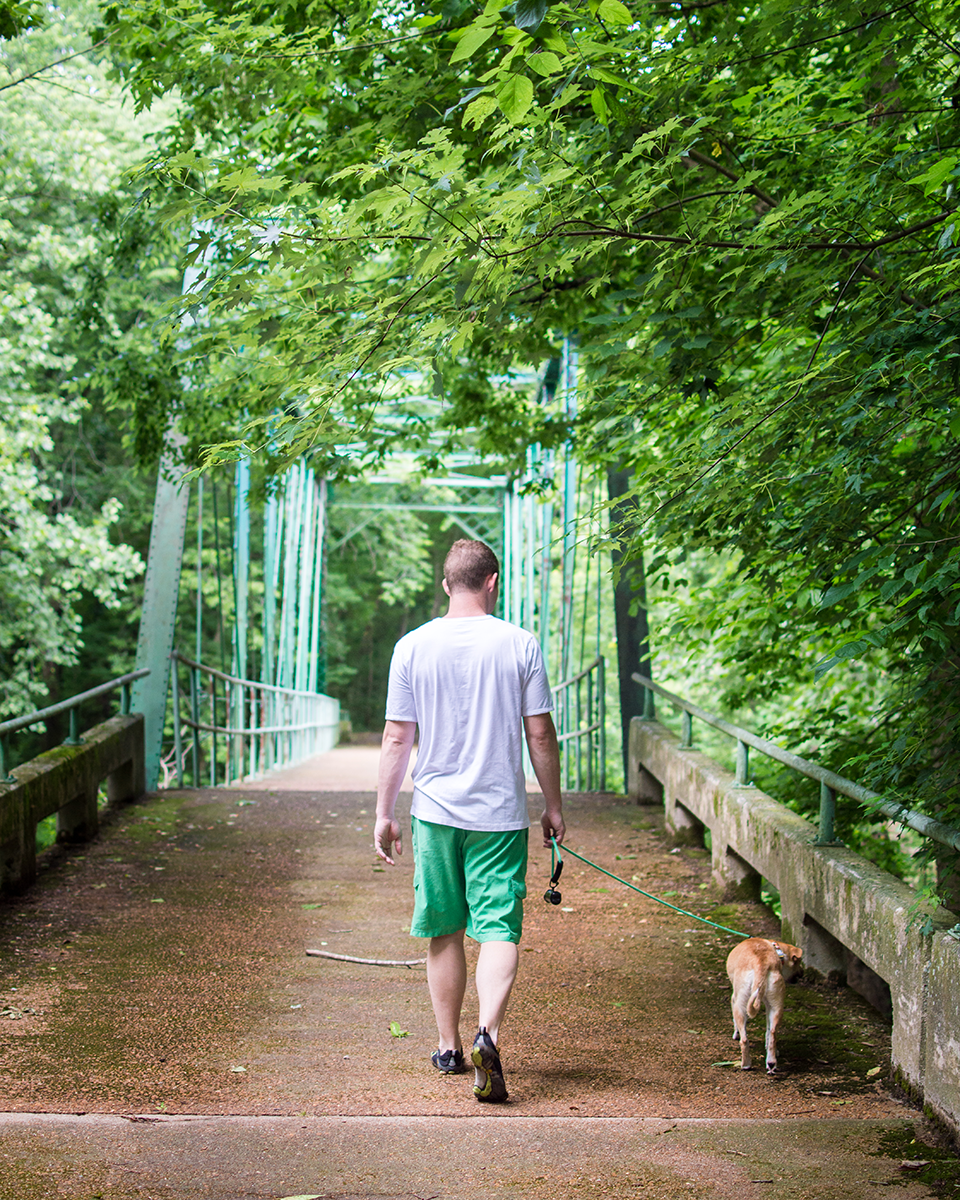 I hope I don't come off as preachy, but I can’t finish this post without mentioning that if you’re thinking about getting a dog, please consider adopting one before buying one. If you've got your heart set on a puppy or purebred, there are rescue groups available! It may take a bit more research and time, but there are so many abandoned dogs out there who would love the chance to prove how sweet they really can be.

Have you adopted a dog before? What was your experience like?