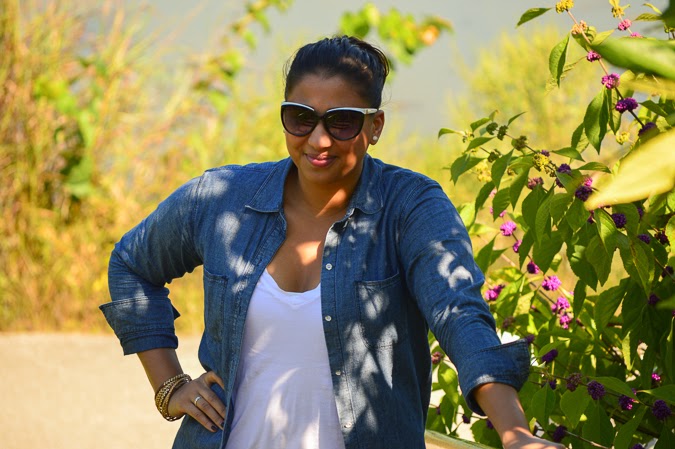 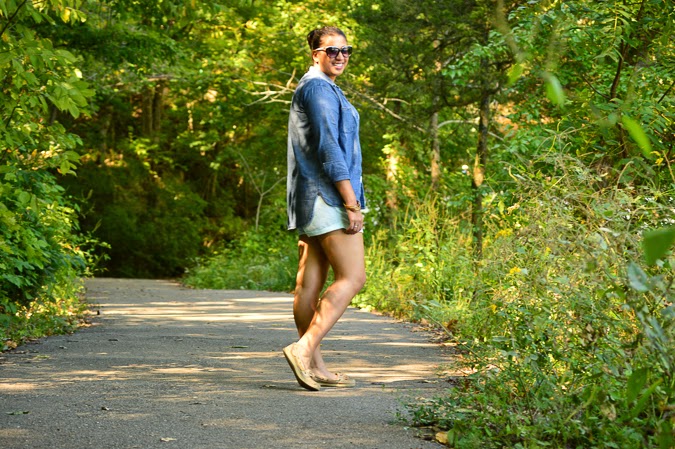 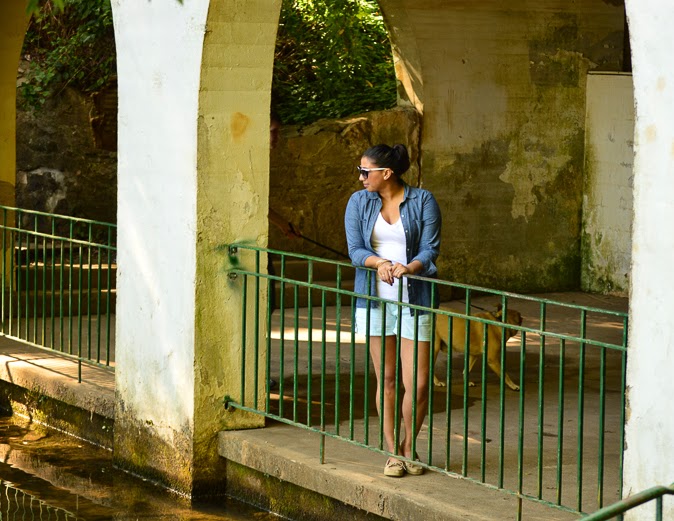 Madewell chambray shirt / Everlane tshirt / Old Navy linen shorts / Sperry shoes
Sunday was one of those days that can only be described as good for the soul.

I stayed in bed until 10.30, ate a simple breakfast, and knew that I wanted to get outside and do something that afternoon. My time in the US is winding down so I’m trying to make the most of the days that I have left by living like I’m travelling, even if I don’t have the money to go far.

As you may have noticed from the header of my blog, I love wine. I don’t think I’ve ever mentioned my love of whiskey though, particularly Maker’s Mark and Jack Daniels. Turns out both of these distilleries are within driving distance of where we are in Tennessee. Unfortunately the timing didn’t work out because sampling tours aren’t available on Sundays and obviously samples at a distillery are a must.

My husband and I decided to push the tour to this upcoming weekend and combine it with a little getaway that we’re splurging on to celebrate our second anniversary. We’re taking a couple days off to explore the local food and music scene in downtown Nashville, and since historic Lynchburg isn’t too far away, Jack Daniels it is!

Anyway, that still left us with the issue of what to do on our Sunday afternoon. We decided to take advantage of the beautifully pleasant temperatures (fall has finally arrived! It’s a blessed 75F [24C] around these parts) to visit Dunbar Cave and some local lakes. With the sunroof open, blue skies above, camera in hand, snacks, and a picnic blanket thrown in the back seat, we took off exploring. 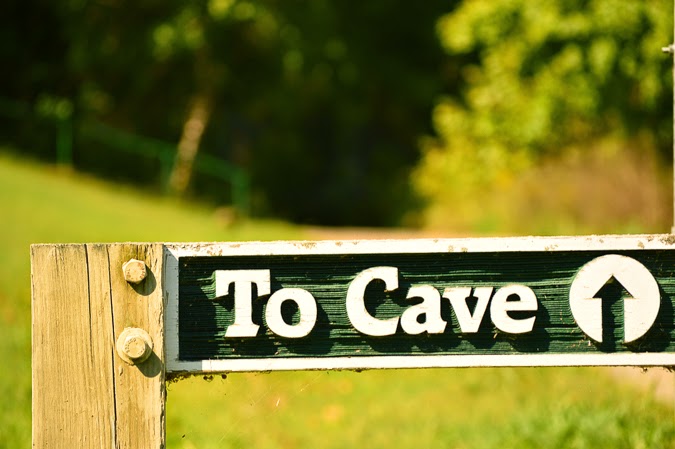 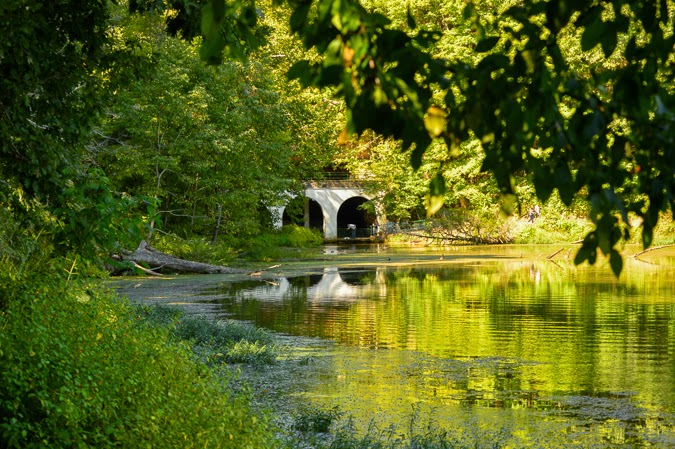 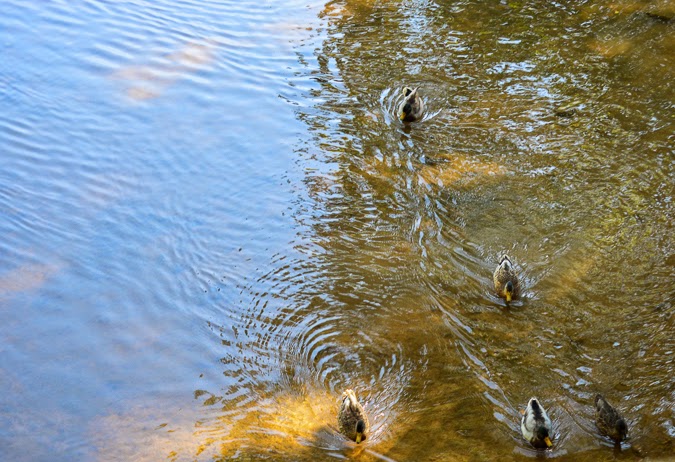 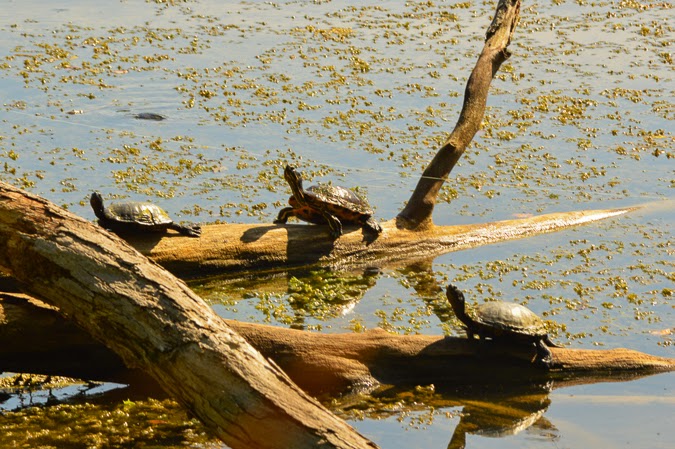 Fashion talk for just a minute – this chambray shirt had been a staple transition piece for me. I thought that a denim shirt wasn’t really ‘my style’ but I've totally come around to chambray and trust me when I say it’s so versatile. I absolutely love it. Also, I practically live in Everlane tshirts.

Back to Sunday – M wanted to take me out to his old stomping grounds at one of his favourite fishing holes, but let’s just say it’s been a while since he’s driven ‘round these parts. We got wickedly lost as he assured me the lake was “just around the next bend.” Yeah… not quite. I didn’t mind though because at the end of the day we got to spend time together and, seeing as how we’re soon to be apart for at least two months, time with my husband is a very valuable commodity. Those hours of chatting with M as a golden hue of sunlight streamed through the sunroof and fields of yellow milkweed blurred in the background were good for my soul.

There’s something unique about driving country roads that brings me such clarity. In Guatemala, one of the places that I would’ve loved to see but wasn’t able to was the Mayan ruin of Tikal. M and I got hit with what can only be described as a violent round of food poisoning and, because we’d reserved transportation to leave the next day, missing Tikal was one of those things we just had to chalk up to a loss. M was tired of travelling and determined to fly back home once we arrived in Antigua, but first we had a 10 hour bus trip ahead of us.

This whole side story is just to highlight another time that driving through country roads has been oddly therapeutic for me. Despite the disappointment of Tikal and feeling disgusting, the clarity of knowing that I needed to stay in Central America and continue the trip solo was stronger than ever as I took in the beauty of driving through rural Guatemala.

I had that same optimism and clarity this weekend in planning my next moves for when I return to Canada. Next month is starting to feel less bitter and more sweet as I prepare to go home. I haven’t seen my friends and family since Christmas so it’ll be good to go back. I’ve got an epic road trip on my hands as I head north so hopefully even more direction will come my way (see what I just did there? ;)).

Bring it on Toronto, I’m ready for ya!

What do you do / where do you go when you need to figure out your next moves and find clarity in your life?